The Differences between Traditional Karate and Kobudo and Sport Karate

I remember one student who became a poster child of traditional karate. While I was teaching traditional karate, kobudo, jujutsu and self-defense classes at the University of Wyoming and the Wyoming Bushido Dojo in Laramie and the Sandan School of Martial Arts in Saratoga, Wyoming, I came across one woman who lacked any visible evidence of self-confidence. She stared at her feet and never looked anyone in the eye: it was a challenge to get her to say much of anything. I don't know what her background was like, but it likely did not include self-confidence boosters or praise. She started out as a white belt and showed up to class every day and took part in all of our karate demonstrations. After years of training at the University and in the downtown dojo in Laramie, she finally made it to shodan (1st dan black belt). At that point, she joined some of our other black belts and myself and traveled to the Juko Kai International Black Belt clinics.

Somewhere along this lifetime journey, her shoes were no longer her focus and she looked everyone in the eye as she talked with confidence and became one of the more important contributors to the University of Wyoming Karate Club. Over the years, she reached the level of Sensei (teacher) with sandan (3rd dan) certification from Dai-Soke Sacharnoski of Juko Kai International and anyone around her could feel the self-confidence exude from her. It was a major change in her personality.  For those who do not know Dai-Soke Sacharnoski - he is arguably the best living martial artist in the world - so this was a great accomplishment for her.

At the Seiyo No Shorin-Ryu Karate Kobudo Hombu Dojo at the University of Wyoming, we taught traditional martial arts with a focus on being positive. We ended all classes with positive dojo kun: a group of positive philosophical phrases that all of our students learn in Japanese and English. We also taught our karate students how to use positive affirmations for self improvement: this along with learning to focus blocks and strikes with maximum power fed her ego but kept her humble. All of our advanced students learn to focus strikes at pressure points and were taught the traditional aspects of shitai kori (body hardening). As traditional Okinawa karate students develop in karate, outsiders are always impressed when they hear the loud 'snap' of a gi (karate uniform) that comes with all strikes and blocks - something mostly missing in many sport karate schools.

Many of the Sport Martial Arts schools in Gilbert Arizona and elsewhere, focus on speed to gain an advantage of their opponents and focus and power of techniques are often lacking as acquiring points are the priority of sport Martial Arts. Another major difference between Sport and Traditional Martial Arts is that in Sport, the martial artist is rewarded for winning. In traditional martial arts, there is no concern about winning or losing, instead it is the improvement of the individual that is of utmost importance. Personally, I see parallels between traditional martial arts and Christianity.

Gichin Funakoshi (1868-1957), the father of modern karate summed it up best - "The purpose of Karate lies not in victory or defeat, but in perfection of its participants". Funakoshi Sensei, was a traditional martial artist of Shorin-Ryu Karate from Okinawa who has a legacy of his students developing Sport Karate against his wishes. He is also known for introducing Okinawa Karate to mainland Japan.

Self-Defense and Karate in Gilbert and Mesa Arizona

Self-defense or karate? Should we take self-defense or karate? I was asked by a family looking to sign up for classes if they should take self-defense or karate and my answer was - they are the same. We teach self-defense, but we also teach karate and all of the self-defense applications are straight from our karate kata or forms. And then add some kobudo (weapons) as you never know when you will need that weapon - not an M16, but I'm talking about your car keys, that magazine, towel, belt, you are always carrying some kind of weapon. And if you are trained in karate - you always have those God-given weapons - your feet, hands, elbows, knees, fingers, toes, forehead - yes you do not need a conceal carry to take your hands and feet with you.

Recently, my wife and I heard about a cafe not to far from our traditional dojo in Mesa. It was only a few blocks away, so we stopped in and found the place to be nice. Following breakfast, my wife noticed a store in the same complex and wanted to shop for some material for our house. While she was talking to the owner, his wife talked to me about their children and their bad experiences in martial arts.

Both of kids are now playing football at a local high school, but their martial arts training apparently was much less than satisfactory. She told me of the kids training in karate, attending tournaments, winning trophies, but were frustrated because they were not sure they could defend themselves even after they being awarded 2nd degree black belts. They were actually bullied in school and the martial arts training they learned taught them nothing on how to defend themselves. They were taught basics, kata and sparring, but never taught the reason for kata or any pragmatic self-defense applications.

I was amazed. Even though I have been in martial arts my entire life, hearing stories like this always shocks me. In martial arts, a student should learn self-confidence as well as self-respect for others. At the same time, they should learn how to defend with power. And kata should provide them with a living encyclopedia of self-defense techniques. Okinawan karate kata were created by Okinwan karate masters in times past, in which they incorporated their favorite self-defense techniques in these forms that were often developed from experience.

In karate, we do not become superhuman, but we do learn to defend ourselves and make an effort to defend if attacked. Karate gives a person an edge due to muscle memory with constant training for various circumstances, and kata in particular, provides dozens upon dozens of self-defense applications that can be practiced daily - a sort of shadow boxing. So, if you are in a school that is not teaching you what every, single move in every kata is used for on the street, there may be something wrong with your instructor and personally, I would start looking for another school.

I was sadden to hear her children no longer liked martial arts and had no interest to ever try them again. She indicated they now hated martial arts and anything to do with them. This is understandable - to have an instructor teach you weekly and then reach a level of 2nd degree black belt and being unable to defend oneself, is unthinkable.

Posted by Soke Hausel at 6:53 PM No comments: 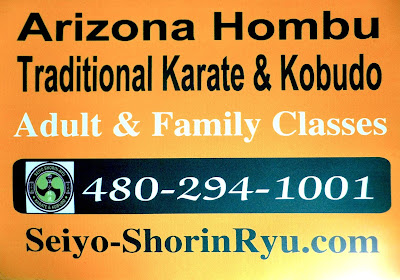 What is "Traditional" Karate?
It is the original form of Okinawan karate that was developed as a weapon - not sport.

So, learn a sport and compete, or learn how to use your feet, hands, elbows, and knees as weapons of self-defense.
Posted by Soke Hausel at 2:00 PM No comments:

We would like to congratulate our Hall-of-Fame martial arts instructor from Gilbert, Arizona for many accomplishments. Recently, Soke Hausel was featured on Thumbtack as one of the top karate instructors in the Phoenix Valley and featured in the Thumbtack Spotlight on Top-rated Karate Instructors in Mesa, Arizona.  He was also inducted into Who's Who in the World and Who's Who in America.

In past years, Grandmaster Hausel has been featured by many different organizations and is noted in various Wiki summaries as a martial artist, writer and geologist. 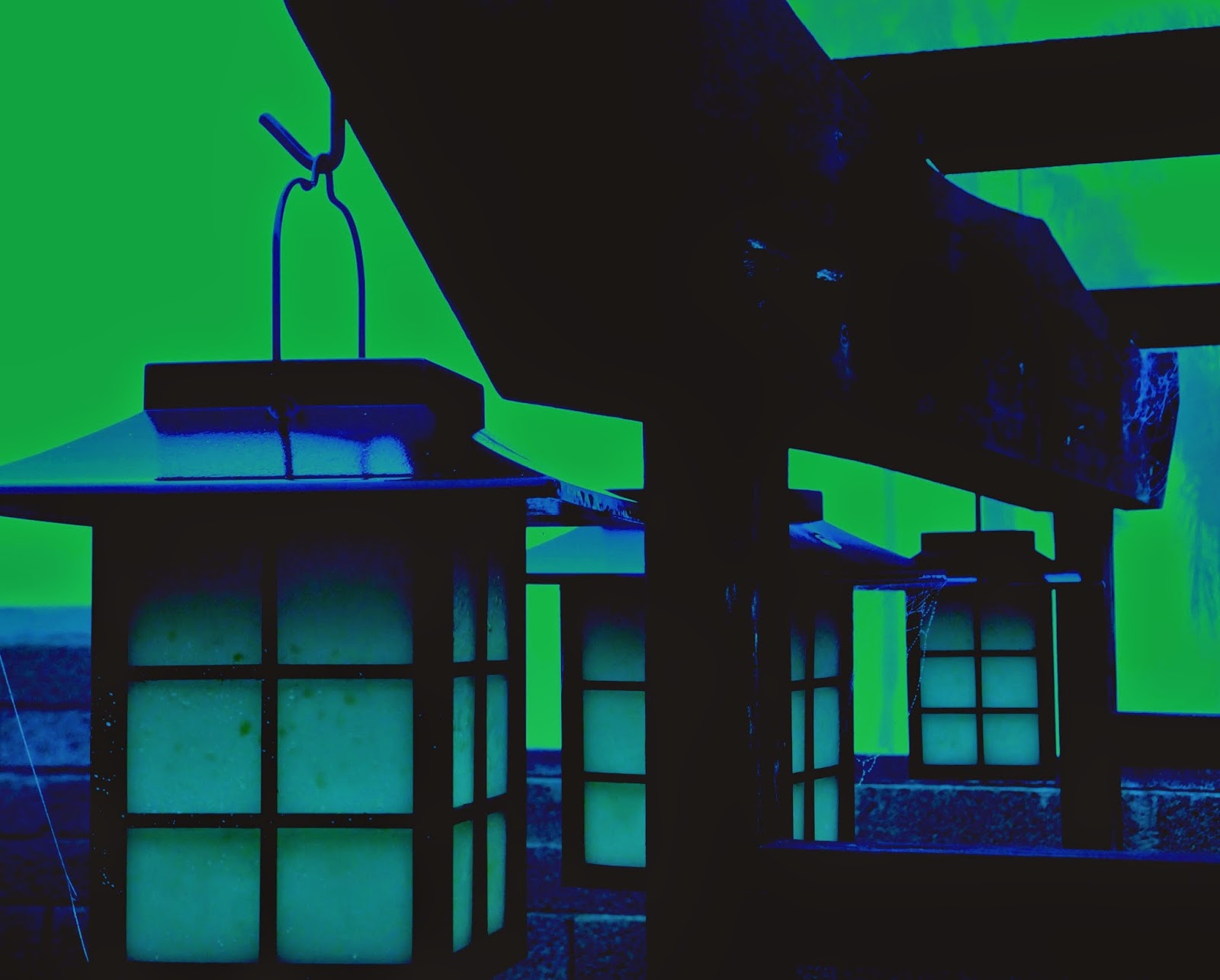 Classes in traditional karate, kobudo (martial arts weapons), self-defense & samurai arts for adults and families were opened to the public when the Arizona Hombu (a martial arts school) was established on the border of Gilbert with Mesa Arizona. The student body at the school ranges in age from a Chandler family with a 7-year old daughter and her two parents to a black belt snowbird from Wyoming who is in her 70s. In between, the school has attracted high school and college students, teachers, pilots, university professors, airline pilots, secretaries, authors, artists, geologists, medical personnel, biologists, chemists and a retired air force pilot. Each person signed up to learn about the traditional martial arts as taught in Japan.

The owner and operator of the dojo (martial arts school) is Grandmaster Hausel/Soke, who taught martial arts at the University of Wyoming for 3 decades prior to moving to Arizona in 2006. Both Bill Borea, 3rd dan/sensei and Paula Borea, 2nd dan/sensei from Mesa train at the Arizona Hombu because it is the "real deal". After training in Japan, they could not find a school in the Phoenix valley that provided traditional teaching methods until Soke Hausel moved to the valley. 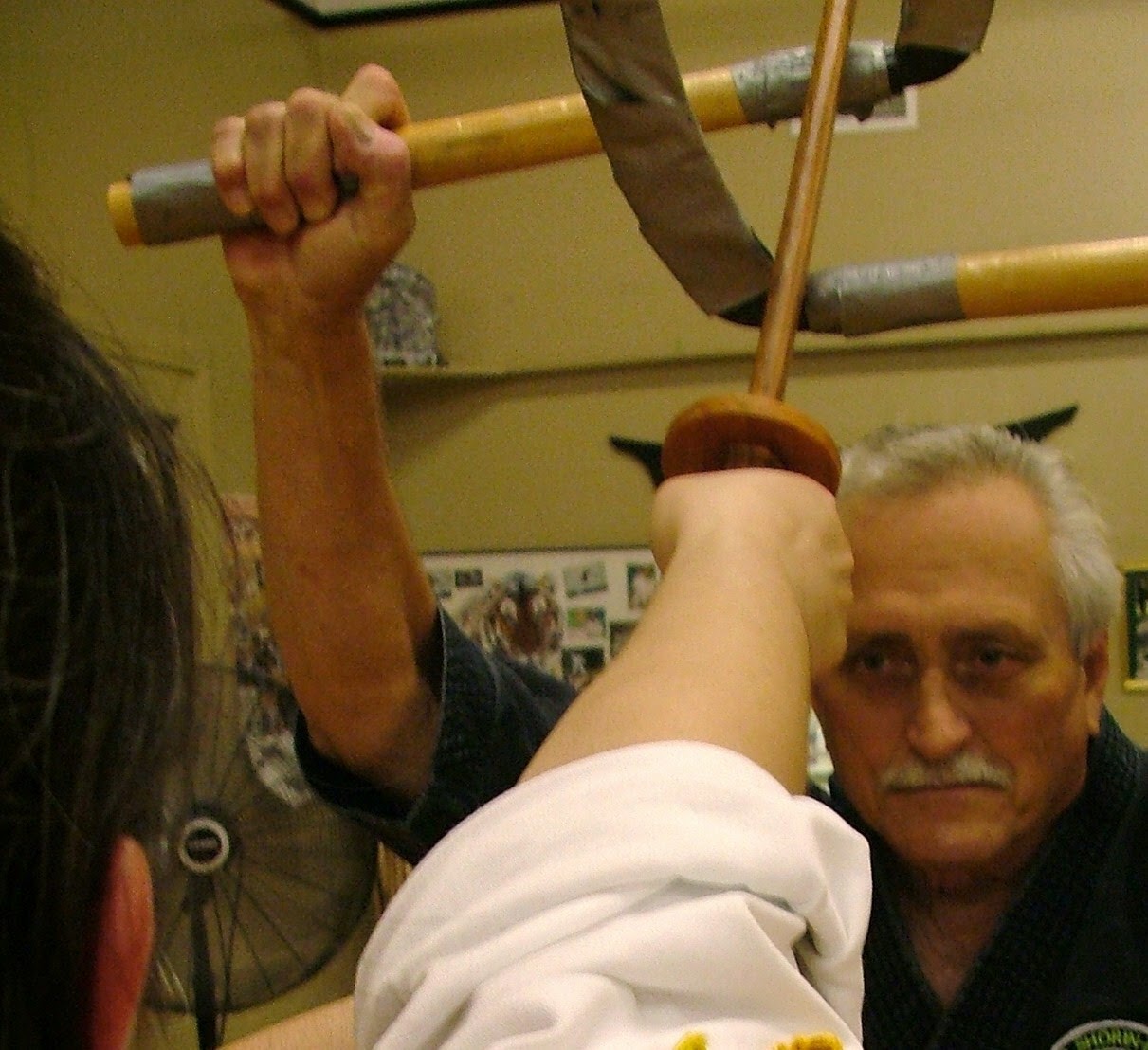 Others have voiced their excitement over the variety of martial arts taught at the school. In addition to learning traditional karate, they are also learning about kata (martial arts forms) and how they are used in self-defense. "Grandmaster Hausel insists that we learn all self-defense applications for the katas and be able to demonstrate them without thinking".

In addition, the students have the opportunity to learn other aspects of karate not taught anywhere else in the valley including skills in one-punch knockouts, breaking rocks and body hardening. Everyone over 18, no matter their size or gender, has broken a rock with their bare hands!

As far as the Kobudo arts are concerned, the arts involving Okinawan weapons, many are impressed by the variety taught at the school. Many learn to use the hoe, staff, nunchuks, side-handle baton, rope, chain, fish hooks, and more. Others interested in the Japanese samurai arts are amazed at the variety of arts and some have searched for a school like this for years. In the samurai arts taught at the school, one can learn to use the samurai sword (katana), pole arm (naginata), the yari (Okinawan spear), hanbo (3-foot stick), kuboton (stick), tekko (knuckleduster), hojo (rope restraints), traditional jujutsu (throwing arts), tango (knife) and more. Posted by Soke Hausel at 1:50 PM No comments: 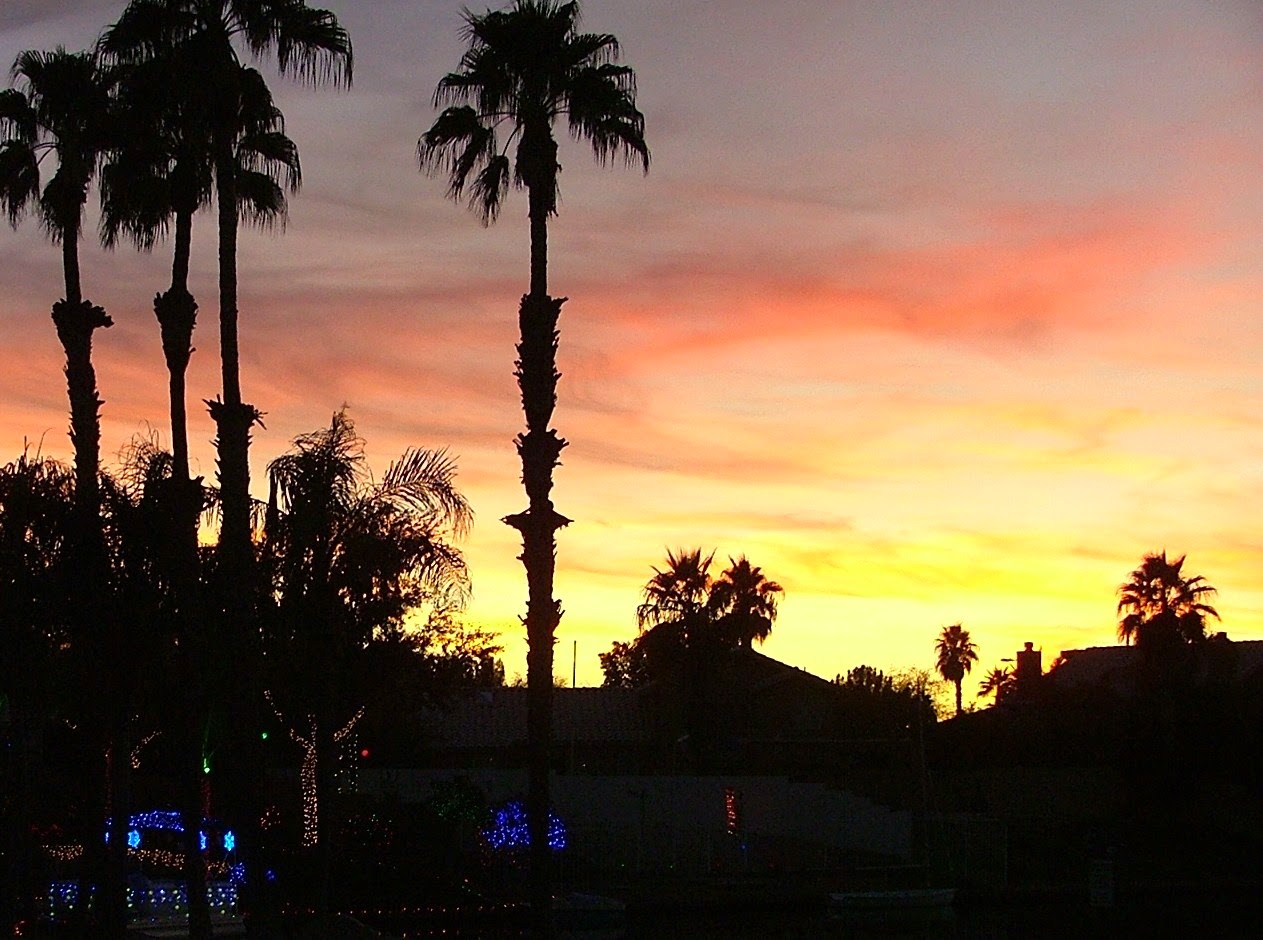 In 2006, Hall-of-Fame Grandmaster of Martial Arts, Soke Hausel, moved from Laramie, Wyoming to Gilbert Arizona. After arriving in Gilbert, work began on searching for a location for a traditional dojo (martial arts school). Professor (Kyoju no Budo) Hausel taught at three universities prior to establishing a hombu (headquarters) on Baseline Road on the border of Gilbert with Mesa, Arizona. The building was located and decorated in oriental decor by two of his students who spent considerable time in Japan, one student of samurai lineage. The floor plan of the Arizona Hombu was an open floor plan favorable for teaching martial arts classes including karate, kobudo, self defense, jujutsu and samurai arts.

Soke Hausel is affiliated with Seiyo Kai International, Zen Kokusai Soke Budo Bugei Renmei and Juko Kai International. Adults and families of all levels of expertise from beginner to the highest level black belts train at his school - the Arizona School of Traditional Karate.

Posted by Soke Hausel at 2:33 PM No comments: 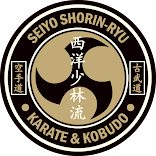